From the territory of the United States a coup d’état against the Bolivian president Evo Morales develops gradually, it is intended to be carried out at the end of 2019 presumably after the elections) and March 2020.

Its main operatives are the Bolivian politicians, Gonzalo Sánchez de Lozada, Manfred Reyes Villa, Mario Cossio and Carlos Sánchez Berzain, all residents in the USA They coordinate the actions in Bolivia with the leaders of the opposing association “Coordinadora Nacional Militar”, composed of former army officers of the Bolivian army, among them, General Rumberto Siles, Colonels Julius Maldonado, Oscar Pacello and Carlos Calderon.

Besides they coordinate with high leaders of the Bolivian opposition, mostly Waldo Albarracín, President of the National Democratic Confederacy (CONADE, by its acronym in Spanish), Jaime Antonio Alarcón Daza, President of the Civic Committee of La Paz, Jorge Quiroga, former president of Bolivia, Juan Carlos Rivero, Rolando Villena, former ombudsman, and Samuel Doria Medina from the National Unity Party, all of them are held responsible for supplying the funds that are being shipped from United States for this operation, as well as guaranteeing the expected actions to create a state of social crisis to convulse the country before October 20, the electoral date.

This plan is already in use, and it has provision for other issuers, such as creating the breaking up and splitting up of the Bolivian army and national police, achieving that these forces rebel themselves against President Evo Morales. Besides, it foresees the manipulation of strategic sectors of the Bolivian society, as the university sector, the medical sector, the people with a disability and the environmentalists, in terms of destabilizing the country.

Great part of funds are already in Bolivian territory, for which they have counted on the support of accredited embassies in the country and the Evangelical Church, which have been used by the U.S. government much as a cover not to be seen directly implicated in these interfering intentions.

Officials of the State Department accredited in the country, such as Mariane Scott and Rolf A. Olson, have been meeting with high level diplomatic officials from Brazil, Argentina and Paraguay, in order that they organize and plan destabilization actions against the Bolivian government, as well as delivering the U.S. funds to the Bolivian opposition.

1- “PREPARATORY PHASE” (already executed): Its purpose is preparing and organizing the field for the subsequent stages.

It developed amidst April and July 2019 where they established political alliances to conform a single opposition front, they held coordinating meetings and actions to be accomplished in stages 2 and 3, they agreed to begin discrediting campaigns against Government, using the conceived media structure that includes opposing media press, ad hoc media, activists in social networks, as well as the achievement of formal complaints in view of international bodies.

The strategy in the social networks and fake news is being commanded by the Bolivian citizen Raúl Reyes Rivero, one of the main mobilization activists of the opposition. He is bringing forward actions and plans from the democratic platforms and civic committees against Government, for the overthrowing of President Evo Morales.

Former president and opponent Jorge Quiroga is in charge of going in quest of support and a declaration from regional and international institutions, such as the OAS, the European Union and some other ones, for deligitimizing Evo’s electoral victory, to declare it unconstitutional and to vouch for an international intervention in Bolivia.

2- “INTENSIVE STAGE” (in operation): Its purpose is generating convulsion and social instability in the country.

It began to become effective in July and it foresees getting as far as October 2019. It consists of establishing a state of social crisis in the country, through violent and pacific public demonstrations, barricades and strikes, using for this intention, the civic committees and the 21F movement, university students, the medical sector and others of the civil society.

Juan Flores, president of the Cochabamba civic committee, is the political adviser of Carlos Sánchez Berzain and Manfred Reyes Villa in Bolivia and who has the responsibility of generating a social rendezvous at a national scale, for which he links the civic committees and affiliates the former army officers and policemen. Together with retired Colonel Oscar Pacello, they subtly manipulate the intention of generating an inflection point that generates violence and social convulsion.

The idea is to paralyze the country on October 10, 2019, spoiling the national elections. In such a way, that from that date on he can rally the Bolivian population to confront the Government and in this way to destabilize the electoral process.

Before this date, they intend to keep on implicating different sectors of the society to these mobilizations. It is foreseen that protests and rallies have total success during September 20 (nationally), September 26 (in La Paz) and October 4 (in Santa Cruz and La Paz).

Other ones of the objectives in this stage is fragmenting the armed state institutions, principally the National Police and the Army.

With this aim in sight, he expects the recruitment of high warlords in active services inside the Army, those who would back up the coup d’état and would assume the presidency of the country in a civic military coalition, already conformed, in the transition period.

It is a known fact that there is a group of army officers already recruited, people very close to President Evo, who from their positions would enable the achievement of the actions examined in the plan, using disinformation to the president.

3- “FINAL STAGE” (not executed): Proclamation of electoral fraud and imposition of a parallel government. It is perceived to be carried out once the presidential elections end.

Assessments and predictions made by the U.S. State Department and other agencies on the probable results of the presidential elections 4 next October 20, is that President Evo Morales is going to win the elections.

In view of this scenario, the U.S. Embassy has secretly been creating the objective and subjective conditions for the proclamation of an electoral fraud.

Even Mariane Scott has been meeting, off the record, with the diplomatic sector in the country, encouraging the message of illegitimacy and fraud in the elections, on which she has managed to convince a group of accredited countries.

In her meetings with high level officials from the embassies of Brazil, Argentina, Paraguay, Colombia, Spain, Ecuador, the United Kingdom and Chile, she has kept on requesting them that they should be the ones leading the formal complaints of fraud in the elections, which, it will be more credible and genuine that if the USA does it alone.

Besides the U.S. embassy has been focused on a detail-oriented follow-up to the Electoral Supreme Court (ESC), seeking to document supposed irregularities of this electoral government agency, which serve to denounce the fraud.

WHO VOTES IS NOT IMPORT, BUT WHO COUNTS THE VOTES.

Parallel, in the month of July a private meeting between the opponents Jaime Antonio Alarcón Daza, Iván Arias and other members of the civic committees was carried out, in which it was agreed to acquire “machines for fast vote counting” for the coming presidential elections, for the sake of manipulating public opinion on the electoral results.

These machines would altogether have a cost of 300 thousand dollars. The U.S. Embassy and the representation of the European Union in the country would contribute financing the purchase, which they would provide through the Jubileo Foundation and the Evangelical Church. With that specific aim, they have already managed to gather more of $800 thousand dollars, from which the payment to the people participating in the fast count of votes would also come out.

The intention is to locate the machines in each settled down election board and organizing through the civic committees their coverage (people trained beforehand for this maneuver) during all the electoral working day, this would be accompanied by a media coverage to invite the population to come along with this system of counting votes as a way of supervising the outcomes, without the mediation of the Electoral Supreme Court.

In this stage, a fundamental role will be played by the “Unión Juvenil Cruceñista” which is suggested to enforce violent actions once the final electoral results are published, for which they have been recruiting criminals, who will be used as a spearhead in these confrontations and violent actions against the state institutions.

Juan Martín Delgado, member of this juvenile organization, is in charge of organizing these violent activities. He also counts on the support of Bolivian Luis Fernando Camacho, president of the Civic Committee of Santa Cruz, who in turn receives indications and advice from the U.S. government employee Rolf A. Olson.

After the accession to power of Evo in January 2020 and paying attention that they have been able to achieve the social destabilization, a parallel government will be self-proclaimed, encouraged from a fraction of the Army, which will look over a Civic military government, led by Waldo Albarracín, who will have to convoke new elections in 90 days without examining the participation of the party “Movimiento al Socialismo” (MAS, by its acronym in Spanish).

For this stage the U.S. government has already been training the politician and presidential candidate Oscar Ortiz secretly, which I will discuss in next article.

This strategy, directed and financed by the U.S. Embassy in Bolivia, also envisages the call to an indefinite general strike before the electoral day, covert operations, discredit and disinformation campaigns, and other kinds of sabotage to create violence and to deligitimize the electoral process. 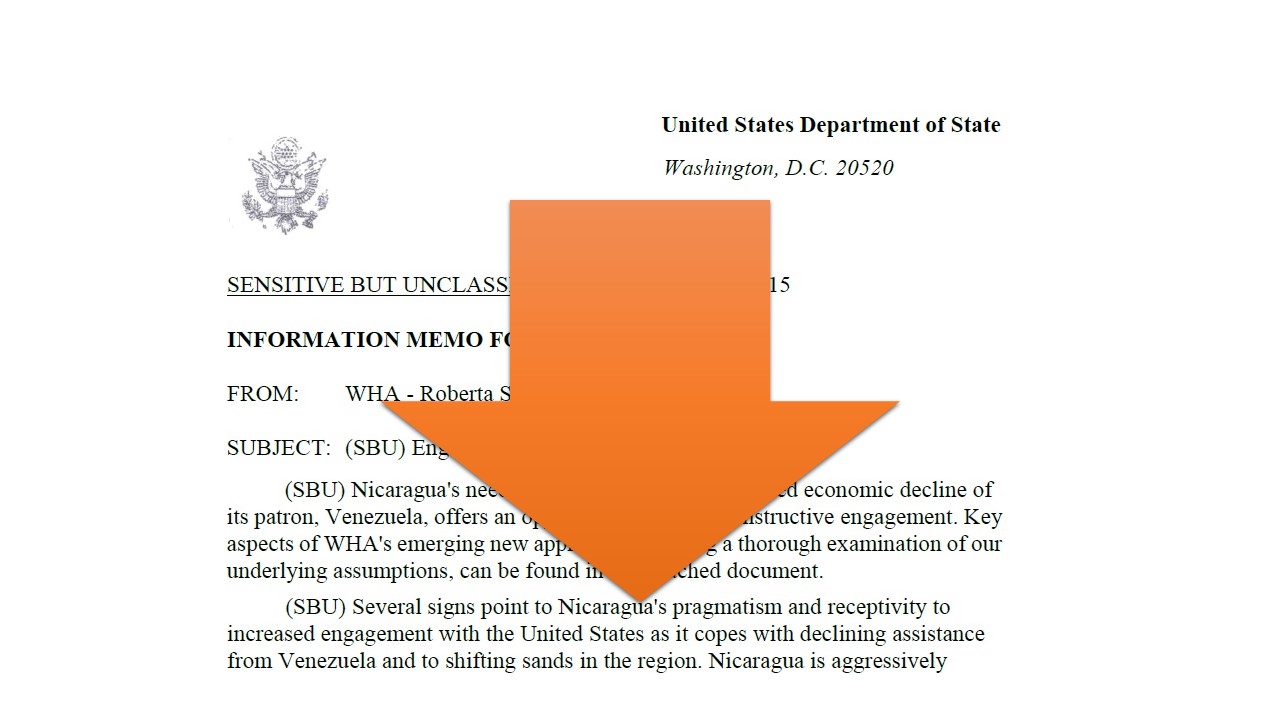 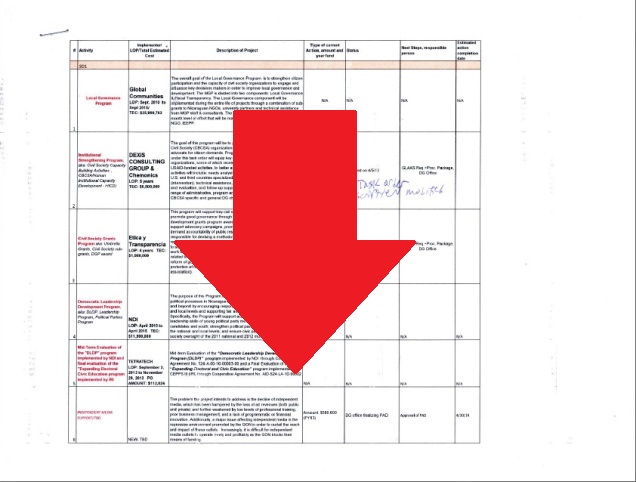